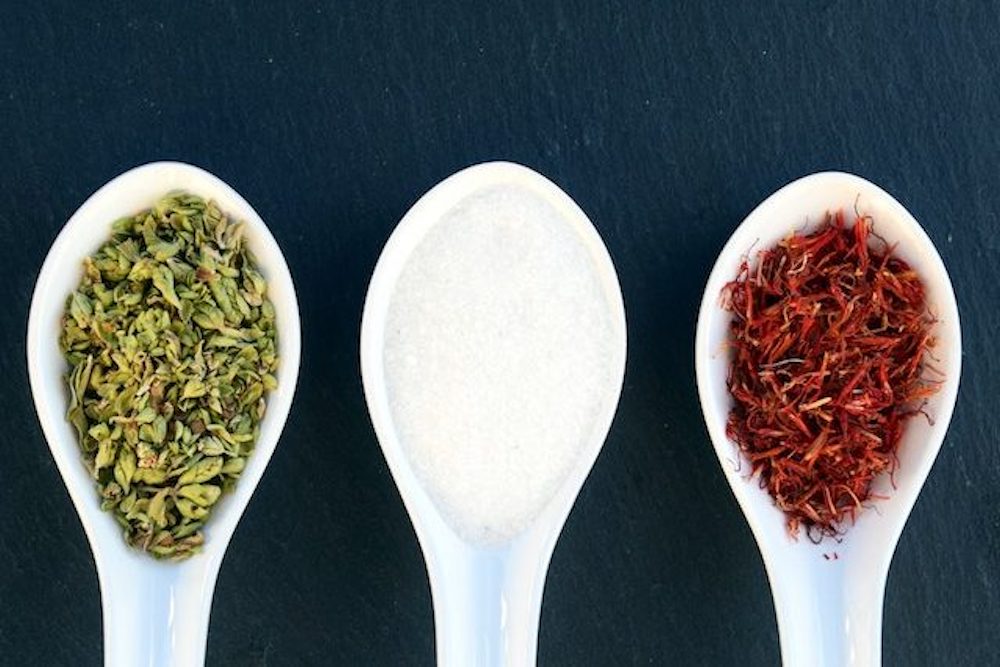 When it comes to healthy brain function, the right foods are important. You have certainly heard that eating plenty of healthy fats, leafy greens, berries, and whole foods are good for your mind. In addition to eating foods high in antioxidants, we should also avoid sugars, processed foods, and saturated fats.

Centuries before neuroscience was even a phrase, ancient herbs have been used as medicine to help aid in cognitive decline and what we call Alzheimer’s disease in modern times.

India has the lowest rate of Alzheimer’s disease in the world. This might be attributed to the amounts of turmeric in their cuisine. Known for its anti-inflammatory effects, turmeric might be responsible for good brain health too.

High levels of inflammation are associated with Alzheimer’s disease, and in fact, some call AD an auto-inflammatory disease. We also need to take into account that most Indians eat a diet free of meat and eggs – plant-based diets are also shown to decrease one’s risk of cognitive decline.1

Saffron is another herb with ages of use in Persian traditional medicine to treat memory problems. Now, a study may show why. In a randomized, double-blind study of 46 patients with mild-to-moderate AD, 30mg of saffron or placebo were administered each day for 16 weeks. The cognitive decline patients given saffron got better while the patients taking the placebo got worse.

In Alzheimer’s, a build-up of amyloid plaques and tangles destroys brain cells. Saffron contains crocin, a red pigment, which when put into a petri dish with the plaque-causing protein Amyloid Beta significantly reduces the clumping. The same can be said when putting the crocin in with the tangles – microscopy shows a significant reduction.2

Salvia Officinalis comes from the Latin meaning “to heal.” Salvia has been used traditionally in Chines Medicine to treat inflammation, joint pain and swelling, and circulatory disorders, among other ailments and has antioxidant properties.

Research has suggested that sage contains compounds that may be beneficial for cognitive and neurological function. According to an article published by the NCBI, “Salvia plants and their constituents can influence several biological mechanisms associated with cognition including their effects on amyloid-B, cholinergic activity, neurotrophins (stimulating neural growth), oxidative stress, inflammation, and anxiolytic/antidepressant behaviors. Several studies have confirmed the many Salvia species have promising, cognitive-enhancing effects in human adults.” To read the full article, click here.3

Brain Health Restoration offers Magnetic e-Resonance Therapy (MeRT℠), a fully customized treatment protocol with expected benefits of better cognitive function, sleep, better concentration, and focus and memory. When combined with lifestyle changes such as diet, exercise, sociability, and sleep efficacy is increased. To find out more or to see how MeRT℠ might help you please contact us here.

Disclaimer: Brain Health Restoration is not making any claims to the efficacy of the herbs listed above. Herbal supplements are not regulated by the FDA and while there is research supporting these claims, please consult your physician prior to using any type of supplementation.